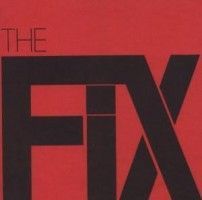 Fix, The
At The Speed Of Twisted Thoughts

Wow, think hardcore punk in 1980 as it was in the days of California or England, pre-Henry Rollins Black Flag or those yobs from Stoke-on-Trent in the U.K., or even Dischord in Washington, D.C. This was Lansing, MI, heart of the rust belt and as rusty and messed up as Detroit. The Fix, a paint-peeling aggro quartet, were tearing up basements, restaurants, and even frat parties with their brand of light-speed uncontrolled aggression and no-future (after all, they lived in the center of it) simplicity. They were howling to the all-but-deaf masses (remember that where the Fix came from, rock bands were doing Journey, Styx, and Bob Seger covers in bars to get the cash from drunken college kids). There were a few dozen in Lansing who got the message - Tesco Vee was one of them and had the cojones and craziness to put them out on his fledgling Touch & Go label, the logical outgrowth of his and Dave Stimson's cool-ass D.I.Y. punk rag. And now, 26 years later when the pair - and the cats in this band - are middle-age codgers, Corey Rusk, who inherited the Touch & Go label and made it the standard for indie labels since that time, issues both singles (the Vengeance 7" and Jan's Room EP), a compilation cut, outtakes from the Jan's Room sessions, and a live tape of unknown origin on one shiny little silver platter. Yeah! It's for those who were there, those who wish they were, and those who only read about this mysterious punk rock band that helped to define the Midwest's hardcore scene. This is proof that the legend more than lives up to its whispered-in-revered-tones hype. Guitarist Craig Calvert (who shattered all the original racial stereotypes of punk), "singer" Steve Miller, drummer Jeff Wellman, and bassist Mike Achtenberg were it. There are 24 unruly, unbridled, completely savage cuts on this slab, all of them worth your left arm if hardcore - the real thing - is it. There aren't words to describe the sheer savage wail and whomp of this baby - just slap it on and get your butt kicked as you scratch your head and wonder what happened to it all and how all these later kids can call themselves punk bands. In the words of the old Touch & Go mag chart, this stuff is "the goods."