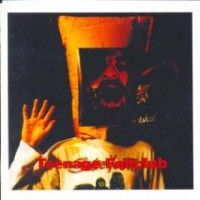 Unavailable for some timethis compilation is now re-issued. Teenage Fanclub's Deep Fried Fanclub is a 1995 collection of songs recorded during the band's short stay at Paperhouse records in 1990. It also picks up their 1992 release on K. 1990 was an incredible year for the Fannies. They released two amazing singles, the guitar-hero glory of "Everything Flows" and the melodic juggernaut "God Knows It's True," and the promising debut album A Catholic Education. They also released a rollicking, loose cover of the Beatles' "The Ballad of John and Yoko" and a handful of B-sides that were a lot of fun. The demo version of A Catholic Education's "Primary Education" is a laugh, as the boys attempt to get funky at the end of the track will have you in a stitch or two. Their cover of Neil Young's "Don't Cry No Tears" is charmingly ragged and Gerry Love's "So Far Gone" is a powerful pop slice reminiscent of Hsker D. The K single is a real kick. Their covers of Alex Chilton's "Free Again" and Beat Happening's "Bad Seed" are the sound of a band having a blast and there ain't nothin' wrong with that. Devoted Teenage Fanclub fans are likely to have all the tracks already, but it is nice to have the tracks all together. Everything flows very well and the collection is a revealing snapshot of a band just beginning their journey to the top of the alt rock heap.