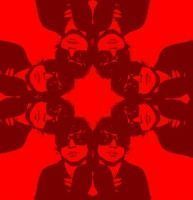 Hawnay Troof approaches music as a 're-sequencing of ideas' or a demolishing/re-making of the rules; restoring art and sound to their primary and vital function: a connection into the natural world viewing everything from depression to euphoria with a sense of awe at the magnificence that lies within all of our daily lives.The latest Hawnay Troof album, Islands Of Ayle, picks up where the last left off. A decorated teenage bedroom painted with the energy of a mad man on the run. After he won over so many bloggers and had crazed crowds of hundreds in different parts of the world, strictly by word of mouth, who would expect any less from Vice Cooler in 2008? His music is magnetic. The life force contained within brings art back to its primal importance of connecting with the observer. Quickly becoming one of the underground's best kept secrets.