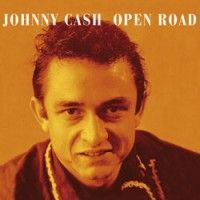 The recordings that Johnny Cash made at the beginning of his long and fortunate career all took place in SUN studios, under the watchful eye of producer Sam Phillips, well known for also having discovered Elvis Presley and Jerry Lee Lewis. Phillips was struck by "Hey Porter," a song Cash had written just after he returned from the military. When asked to write a ballad for the B side, Cash wrote "Cry, Cry, Cry," that very same night. The single sold 100,000 copies in the USA alone. His second single, "Folsom Prison Blues," was just as successful. In '56 "I Walk The Line" remained on the charts for 44 weeks and sold a million copies. From this point forward there was no place to go but up for the young Johnny Cash.The precious recordings collected in this Universe CD bring together those very recordings that made him famous, along with some outtakes and rarities. A long-playing, 32-track CD to commemorate this musical giant.