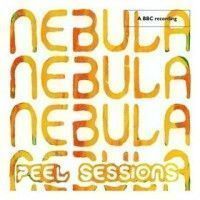 In August 2002 the band were invited to do a Peel Session at the famous BBC Maida Vale Studios . The session being so well received the band were invited back in 2003 for a Radio 1 Rock Show performance & then again the band were invited back into the Maida Vale studio in March 2004 for another Peel Session .This album is a fantastic chance to hear the band as near as live as you can get at a gig Guitarist Eddie Glass and drummer Ruben Romano formed Nebula in 1997 after breaking away from desert rock pioneers Fu Manchu, eventually recruiting bassist Mark Abshire. This power trio specializes in feedback-drenched heavy rock, incorporating liberal doses of Black Sabbath riffery, psychedelia, and space rock. The band released a number of EPs before moving onto making 4 full-length albums .

Rat Skates
Born In The Basement