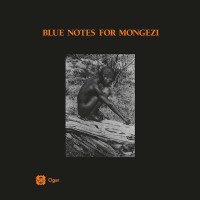 Recorded in late 1975 by Blue Notes, then reduced to a quartet - Dudu Pukwana on alto sax, whistle, percussion, and vocals, Johnny Dyani on bass, bells, and vocals, Louis Moholo-Moholo on drums, percussion, and vocals and Chris McGregor on piano, and percussion - and issued the following year by Ogun, the album is a kairos: the first commercial release by one of free jazz's seminal ensembles, captured them 13 years after their founding - at the height of their powers - delivering an explosive dirge dedicated to Mongezi Feza, their former bandmate and friend.