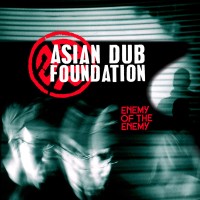 'Enemy Of The Enemy' was released by the Asian Dub Foundation in 2003. This reissue includes bonus remixes featuring Mark Stewart, Adrian Sherwood and The Bug. Since the formation of the group in 1995, the members of the Asian Dub Foundation have been developing a world fusion based on traditional Indian music and electro, hip-hop and ragga rhythms. For 'Enemy Of The Enemy', they continued their momentum, with tracks even more energetic. It was the first album after the departure of rapper Deeder Zaman. Guest appearance by Sinead O'Connor.

Iggy Azalea
In My Defense