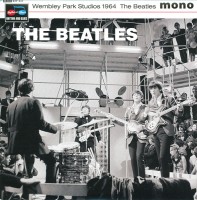 On 28th April 1964, The Beatles recorded a television special for ITV, produced by Jack Good at Rediffusion's Wembley Park Studios in London. The tracks were specially pre-recorded at London's IBC Studios the week before and the Beatles mimed to playbacks of the songs during the show. We present here a selection