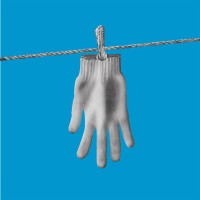 Far Out with their eponymous debut and unfortunately also farewell album from 1973 have created such a sacred gem. This is the real thing for those who still miss the melodies and atmosphere of the late '60s and very early '70s when people had a dream of a peaceful world and who enjoy early German cosmic kraut rock like Amon Düül II, Organisation (later to become Kraftwerk), the debut album by Tangerine Dream and more obscure stuff but also international bands like Pink Floyd, Gong, Twink and Hawkwind just as an East Asian version. A real gem and finally available with the real sound and package again.

Wales, Howard
Rendezvous With The Sun (+7')