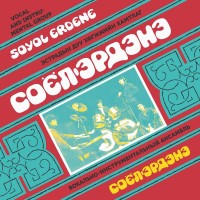 Long awaited reissue of one of the rarest Mongolian albums, originally released in 1981. A musical pearl in the vein of Dos-Mukasan, Firyuza, The Bayan Mongol Variety Group and Gunesh. Released by Soviet label Melodia, the vinyl sold out immediately and has never been re/pressed after the falling of the USSR. An official reissue on vinyl. Soyol Erdene (Cultural Jewel) was the first Mongolian rock band. The band was established in 1971 and was frequently criticized by political party censorship for the promotion of Western musical style and Western fashion.