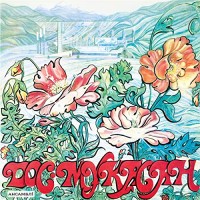 EBALUNGA!!! presents another bomb for all lovers of old rare music! This the first reissue of the second and last album by this legendary Soviet Kazakh 'Vocal and Instrumental Ensemble' licensed directly from the band's leader Murat Kusainov. Comes with restored original artwork and old-stylish vinyl. The album was recorded in 1982, released in 1983 and now re-released. For now, this is one of the most wanted and important records of the old Soviet rock scene. Ten finest songs with shining melodies, rich arrangements, unforgettable voices, and an unique oriental blend.

Porter, Mack
Peace On You