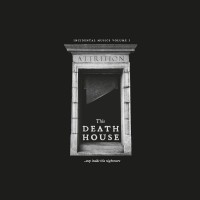 'INCIDENTAL MUSICS VOLUME I' Old-school industrial live improvisation with overdubs on 4 track portastudio. Recorded at Black Prince Studio, Coventry, England. 1982. Influenced by classic zombie films, 'This Death House' lends truth to that rumor by delivering forty/six minutes of blackened paranoia-inducing ambiance. Split into two sprawling pieces, 'This Death House' conjures the grim, unsettling atmospheres of such films like 'The Last Man On Earth' and the original 'Night Of The Living Dead' and portrays them into musical form. Step inside this nightmare. Remastered by Martin Bowes at the Cage, Coventry, England 2020. These recordings were originally issued on cassette on Adventures In Reality in September 1982.