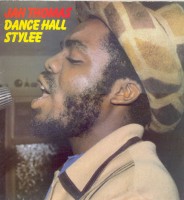 Reissue on vinyl for this classic album originally released in 1982 on Daddy Kool Rec. Jah Thomas was an important figure on the Jamaican music scene during both the roots era of the -70s and the subsequent dancehall decade of the -80s. Besides releasing several DJ sides of his own in the latter half of the -70s, Thomas also came into his own as one of the island-s top producers for both singers and DJs. Many of these sides found their way to the dub studios of King Tubby, who transformed a wealth of Thomas- rhythms into a some of the best dub tracks to emerge from Jamaica.

Cocoa Tea
Music Is Our Business