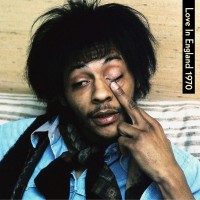 Lee thrives on complication and contradiction: he performs songs from every Love album (including a particularly caustic 'Bummer in the Summer' from Forever Changes) as a means of acknowledging his past glories as well as his fraught history. Live, this version of Love sounds like a band mustering the conviction to take on the world one more time. But they never did: Lee disbanded the line-up shortly after the tour. Love would barely see the 70s, except as a series of failed reunions.Recorded at various locations Feb March 1970. Line up: Arthur Lee, George Suranovich, Gary Rowles amd Frank Fayad.Good Times / August / Nothing / Orange Skies / Bummer in the Summer / Andmoreagain / My Little Red Book & Singing Cowboy & Signed D.C.