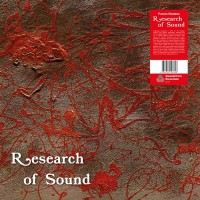 Originally released in 1976 on the Edipan imprint, this album potentially features the most compelling jazz-funk tunes ever released on a italian library. Amleto Armando also known as 'Puccio' Roelens was one of the greatest composer of his living time, notably has been working for national television (Rai) and Vedette Records also leading several orchestras and playing piano in many sessions . Don't look further for killer rare grooves, Roelens is on top of the game and his lysergic take on funk is something you cannot dismiss, even 45 years later. Stunning drum breaks, fuzzy guitars, luscious electric piano lines and such an impressive horn section led by Dino Piana are the main ingredients here. Fully licensed and limited to 400 copies