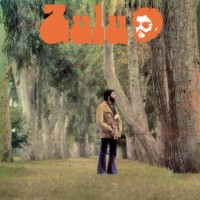 One of the last great albums of the first wave of Peruvian rock, originally released in 1974, linking psych-tinged rock with Afro-Latin American beats and folk pop. This first record by (former Traffic Sound and Los Nuevos Shain's member) Zulu was also his last and one of the most enigmatic albums released in Peru in the 0s, as the artist vanished into the religious path, making sure his music got as unnoticed as possible...Reissued for the first time with the collaboration of Zulu, including extensive liner notes and one extra track.TRACKLISTSide A1. CANDELA2. SUEÑO DE AMOR3. COMO UNA ESCALERA4. CARIÑO GRANDE5. SI EN EL CIELO YO VIVIERA6. SANA CAMALEONSide B1. LABERINTOS2. TUS PALABRAS3. SAN ISIDRO DE MI4. COMO LIRIOS EN EL CAMPO5. HACES MAL, POBRE CHICO (* extra track)