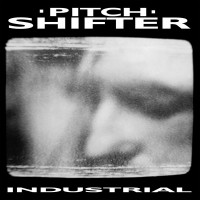 Marking 30 years of this genre/defining classic debut from the UK pioneers: released in 1991, 'Industrial' still stands as a stunning concoction of walls of unrelenting heaviness & primal aggression. With a punishingly stark and brutal sound, punctuated with profound lyrical statements, Pitchshifter had found a highly effective cocktail of dissonance to build upon when they entered Lion Studios in Leeds, in September 1990, with the album coming together in a mere 72 hours. Upon the release of 'Industrial', the band swiftly found itself on support slots with acts such as Napalm Death & Paradise Lost and had also notably caught the attention of highly revered Radio DJ John Peel, who invited Pitchshifter to perform for his prestigious Peel Sessions.This edition of ndustrial' has been freshly remastered. It is presented on 180gm vinyl ^ includes full lyrics plus band photos.

Mirrors For Psychic Warfare
I See What I Become