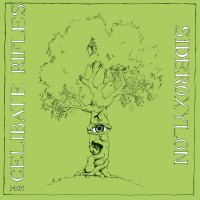 Originally released in 1983, this is The Celibate Rifles'first album, finally reissued and remastered in order to make it sound as it was originally expected to!This record meant The Celibate Rifles entering directly into their place as one of Australian most influential bands ever in the high energy sounds alongside Radio Birdman and New Christs. With Kent Steedman on guitar and a rock solid rythm base, Damien Lovelock guided the band with his personal voice and vocals. A more than needed reissue in order to understand high energy rock all the way from Detroit to Sydney.

Jack Alzheimer
I Want Everything