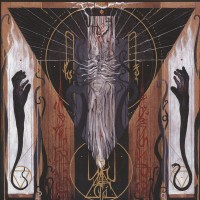 Back in stock! With its debut album, "Woes of Mortal Devotion" hereby released under the banner of Nuclear War Now!, Mefitic proves that patience is rewarded by the quality of its product. Those who are familiar with Mefitic's earlier releases are likely to note a distinct evolution in the band's sound on their debut full-length. Although it continues to fester in the wound recently opened by the 2012 EP, "Columns of Subsidence" the approach to this album is notably less chaos-driven and instead more controlled than previous recordings. On the one hand, it invokes the same raw intensity of bands like Black Witchery and Demoncy, and on the other it conjures a hypnotic dissonance akin to that of a band like Antaeus, as well as a ritualistic dimension similar to that of Necros Christos and Teitanblood.

Planks
The Drakest Of Grays