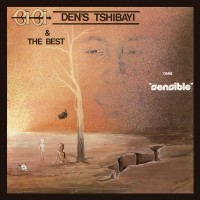 A great mix of zouk, Afro-funk and boogie from the Ivory Coast, originally released in 1983. The album has four long tracks, including the massive Afro-disco-boogie 'Africa Mawa'. 'Sensible' was recorded in Abidjan, Ivory Coast, after Denis Tshibayi was requested to play live there. The album was originally released first as a small private pressing in the Ivory Coast and later in France on the Tangent label. During that time, Denis Thsibayi also recorded for Earthwork/Rough Trade and in the following decades he recorded with Adrian Sherwood (On-U Sound Records). Includes insert with liner notes and download card.