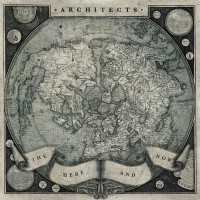 Architects are a British metalcore band from Brighton, East Sussex, formed in 2004. Strongly influenced by bands such as The Dillinger Escape Plan, the sound of their first albums was coarse, chaotic, and rhythmically complex. In 2011, Architects went in a more melodic post/hardcore direction with 'The Here and Now', which brought them a way larger fanbase. 'The here and now' album features guest appearances by Andrew Neufeld of 'Comeback Kid' and Greg Puciato of 'The Dillinger Escape Plan'. This album debuted at number 47 on the US Top Heatseekers album charts and number 57 on the UK Album Charts.

Architects
For Those That Wish To Exist (2lp)