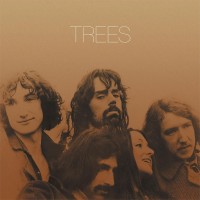 Earth Records- Trees collection brings together the band's both albums adding many alternate mixes of key tracks along with a selection of radio sessions, a 2018 live recording and demos. Trees first album, 'The Garden of Jane Delawney' was released in 1970, soon followed by 'On The Shore'. There's a definite shift between the records, the second being darker and more ambivalent. This set includes the lost demo versions of 'Streets of Derry' and 'Polly On The Shore', another traditional tune, which is one of the definitive moments of English folk-rock. Includes 12" sized book with liner notes by band founder David Costa and Stewart Lee.