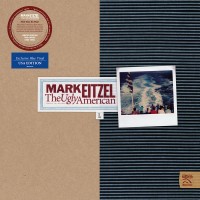 Very Limited 180g LP blue vinyl. 'The Ugly American' by Mark Eitzel is an album of songs by Eitzel's band American Music Club, played by Eitzel and a band of traditional Greek musicians. It was initially only supposed to be an EP but a trip to the Greek capital, Athens, and a meeting with Greek composer Monolis Famellos convinced Eitzel to make a full album. It was released on CD in 2003.

Erickson, Roky
All That May Do My Rhyme

Hannet, Martin
Pleasures Of The Unknown