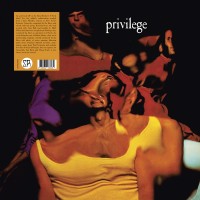 An acid rock LP on the Isley Brothers' T-Neck label? Yes, the unlikely collaboration resulted from a Jimi Hendrix concert at New York's Syracuse University, supported by the Isleys and mixed soul-rock group, Soul Survivors, who had worked with Tom Bell and Gamble & Huff. When Soul Survivors morphed into Privilege, they convinced the Isleys to sign them to T-Neck, the result being this rare self-titled album, a fine set of hard-rocking originals, expertly produced by the Isleys with plenty of stereo panning, blistering guitar from frontman Edward Leonetti, atmospheric organ from Paul Venturini and melodic bass lines from Jack Douglas, later an engineer for Aerosmith, Lou Reed and Cheap Trick. A true classic, not to be missed!