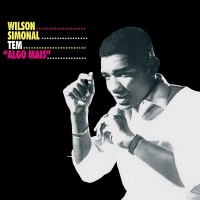 A strong figure in the development of Brazilian Pop music, a real superstar in the 60-s, a key voice in Rio's soul scene, even though still largely unknown outside South America. In fact, Simonal never fit completely in the dominant Bossa Nova sound of the period. Tem Algo Mais, originally released in 1963 was his second album, a highly distinctive and very successful formula based on the idea of a marriage between Bossa Nova, Jazz, and stylized orchestral Pop arrangements. all that without forgetting Simonal's hyper-smooth vocal style, the fruit of old school Brazilian approach, and genuine 60's positive vibes.