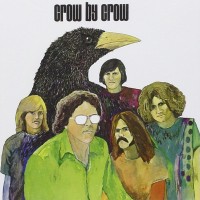 Minneapolis blues-rock quintet Crow was formed in 1967 by frontman Dave Wagner, guitarist Dick Wiegand, his bassist brother Larry, and keyboardist Kink Middlemist. Originally dubbed South 40, they added former Castaways drummer Denny Craswell to the lineup prior to recording their 1969 debut LP, Crow Music, for the Amaret label: the single "Evil Woman Don't You Play Your Games with Me" cracked the U.S. Top 20, even though its distinctive horn arrangement was overdubbed against the band's wishes. Crow by Crow followed in 1970, although the single "Cottage Cheese" failed to attract much attention. In the wake of 1971's Mosaic, Crow disbanded, although Wagner resurfaced in 1973 with a solo LP, David Wagner D/B/A Crow.

Wynder K.frog
Into The Fire