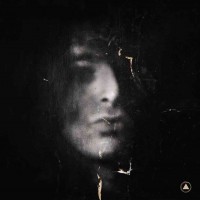 'Mutator' is the first of Sacred Bones' series of archival releases exhumed from the vaults of the late electro-punk pioneer Alan Vega. These tracks were recorded in 1995 and 1996 alongside his long-time creative partner Liz Lamere, put on ice and seemingly forgotten about as Vega quickly began work on another project. Influenced by New York's hip-hop scene of the time and embracing the sounds of city living, utator' is an intriguing snapshot of a fertile creative patch for the former Suicide man.