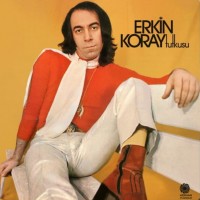 Arguably the most important figure in Turkish rock and psychedelia, Erkin Koray's 4th album Tutkusu was originally released in 1977 on the Kervan Plak-ilik record label and has become one of the most sought after pieces of Turkish progressive psych-rock. Fetching big sums online the LP has been out of print for years. Released right after Erkin's etnic experiment 'erkin Koray 2', 'tutkusu' marked his comeback to pure psychedelic rock.This long-awaited reissue comes with full reproduction of the original gatefold artwork.