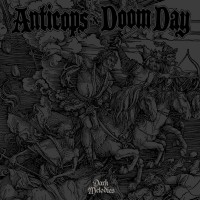 5 lost Anticops songs from 2012! The East Berlin authority delivers catchy, melancholy dark songs that are among the best of their long career so far.Doom Day consists of Vendetta singer Shutta, English Dogs guitarist Gizz Butt, Devil Inside Basser Volkan T. and drum legend Robin Guy. After the 2007 album 'Count Your Useless Hours', another album was recorded in 2008-2009 but not yet released.Here are finally 4 songs from these sessions!

Extreme Noise Terror
From One Extreme To Another: Live Fulham 1989

Contrast Attitude/see You In Hell
Split 7"