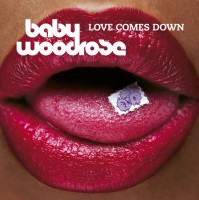 The album was originally released in 2006 as a follow up to Money For Soul which was the breakthrough album for the band. Love Comes Down contains a great mix of pretty straight forward garage rockers mixed with beautiful moodier stuff and the epic title track that introduces the more spaced-out part of the bands later catalogue. Love Comes Down featured the original Baby Woodrose line-up, Uffe Lorenzen on guitar/vocals, Anders Gron on drums and Anders Skjodt on bass. All members are also playing in Spids Nogenhat. The re-issue of Love Comes Down is limited to 500 copies on blue vinyl.