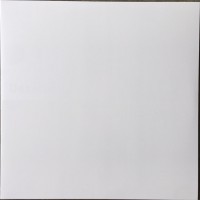 Back in stock!!!Industrial Records is proud to announce the much anticipated TWO album release DESERTSHORE / THE FINAL REPORT, a unique collaboration by Chris Carter, Peter 'Sleazy' Christopherson and Cosey Fanni Tutti, available from 26th November 2012.This is a two album release celebrating both the progress inherent in change and the fulfillment of two exceptional, yet separate projects. Desertshore The Desertshore project is a 're-imagined' cover version of Nicos seminal 1970 album first conceived by the late Peter 'Sleazy' Christopherson in Berlin 2006. In 2010 at his home in Bangkok, he refocussed his approach readying to record guest vocalists while Chris and Cosey prepared material in their UK studio for his return there in December. Sadly, Sleazy unexpectedly died in his sleep on the 25th November in Bangkok. Chris and Cosey made a commitment to Sleazy to complete the Desertshore project picking up from where they left off just prior to his untimely passing. With enthusiastic support and contributions from so many who were close to Sleazy, especially the guest artistes whose work he admired; Antony, Marc Almond, Blixa Bargeld, Sasha Grey and Gaspar No, the project is now complete. "a quite remarkable set of songs, a repurposing of Nico's maudlin, scraping sorrow into the deep mindmassaging electronics that characterised later live work by Throbbing Gristle, X-TG and Carter Tutti,arguably even Coil's Ape Of Naples." Luke Turner for The Quietus as part of a review of a live remix preview performance of Desertshore at AV Festival 2012. The Final Report Throughout their 36 year friendship Chris Carter, Peter 'Sleazy' Christopherson and Cosey Fanni Tutti produced many pioneering and acclaimed collaborative works together. These trio sessions were without exception always very productive; ideas that produced many hours of recordings, sound experiments, research in new performance possibilities, visuals, the ongoing design and building of new and innovative instruments; a constant restless exploration of new paths together. The Final Report album has been completed from their final 2009/2010 sessions together at Chris and Cosey's studio in Norfolk. This album stands as the final report; a celebration, a loving remembrance of their unique partnership. Industrial Records Ltd are proud to release these TWO extraordinary recordings.

Maze & Lindholm
Where The Wolf Has Beeb Seen

Cabaret Voltaire
The Covenant, The Sword And The Arm Of The Lord