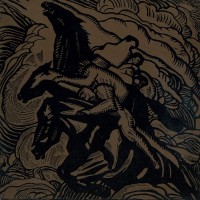 Released in 2002 as the group's third album, 'Flight of the Behemoths' saw experimental drone-metal iconoclasts Sunn O))) grow into their sound still further. Two tracks were mixed with Japanese legend Merzbow, while the album's closing track was a thrillingly deconstructed cover of Metallica's 'For Whom The Bell Tolls' and was the first Sunn O))) track to feature a drum machine.