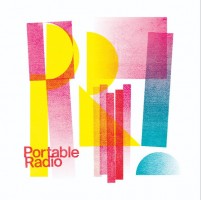 Portable Radio are a band who draw on the melodic acts of the past. The Beach Boys, Carole King, Wings, Todd Rundgren and The Zombies have influenced their rather marvellous-sounding self-titled debut LP. They have been described as a power-pop - they certainly know the difference between power and volume with these summery pop tunes.

Documenta
Lady With The Ring