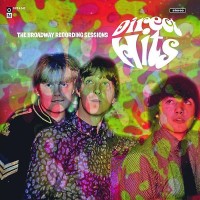 Direct Hits were a mod revival band from Battersea. Their career lasted from 1980/1988, in which time they released some finely-crafted pop tunes whilst wearing some finely/crafted clothes. 'The Broadway Recording Sessions' were recorded in 1982 and showcase the band's chiming guitars and tight vocal harmonies. For fans of The Creation, Small Faces, Television Personalities and early The Who. Limited edition, remastered blue vinyl LP on Optic Nerve. Includes A2 poster and 3 art prints of each individual band member.

Digger And The Pussycats
Watch Yr Back