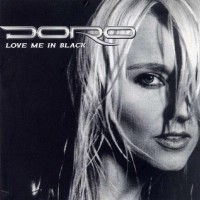 After the great success of her Best Of album "Magic Diamonds", which was released on her own label "Rare Diamonds Productions" and immediately reached number 8 in the German official album charts, metal queen Doro Pesch now announces the re-release of her 1998 album "Love Me In Black". This album will be released for the first time as a double LP and contains, in addition to the 14 original songs, two extra tracks, "Terrorvision" (Desert Storm Remix) and the Elec-Trick Radio version of the title song "Love Me In Black".

Wishmaster
Far Away From The Sun