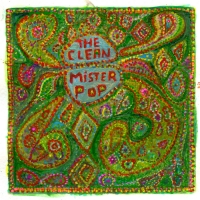 Merge reissue of The Clean's 'Mister Pop' on vinyl, originally released in 2009. In 1978, The Clean were the seeds of New Zealand punk. In the years since, they have carved out a big sandbox for everyone to play in, and their influence resonates not only in NZ but around the world. A group that thrives when free of Expectations, The Clean's Robert Scott, Hamish Kilgour, and David Kilgour are, as Tape Op described, 'a casually wonderful ban'. Pitchfork writes, 'The Clean have always exuded a casual grace that suggests they'd still be making the same records even if no one was listening, employing the same set of devices ? ramshackle locomotive rhythms, buoyant basslines, swirling organ lines, and wide-smile melodies irrespective of prevailing fashions, technological developments, or geopolitical unrest. And yet, the Clean's periodic resurgences serve as a reminder that, in a world of uncertainty, there are still some things you can rely on'.

Cohen, Tim
You Are Still Here