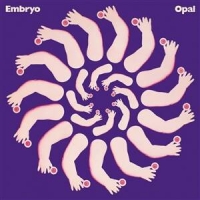 Another re-issue from Embryo the German jazz/world fusion band who expanded minds in the early 1970s. This was their debut album released in 1970 which caused none other than Miles Davis to describe them as 'crazy creative musicians playing really weird stuff'. Forget your kraut rock jams, this is heavy psychedelia and exploratory jazz-rock with eastern themes.