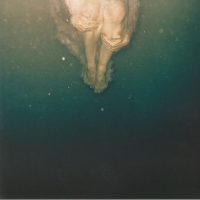 Wye Oak wrote what became Civilian between December of 2009 and July of 2010. The songs 'are, as a whole, about aloneness (the positive kind), loneliness (the horrible kind), moving on, and letting go (of people, places, and things)," lyricist/guitarist Jenn Wasner reveals. Civilian is a kind of 21st-century folk music, imbued with dense shoegaze guitars, nearly melodic rhythms, and impeccable splashes of electronic color. Without leaning on conventional structure, the songs beguile with fascinating chords and melodies, Jenn's voice and riveting lyrics, mesmerizing rhythms, and an intoxicating aural landscape. Just as good writing has meaning between the lines, Civilian has meaning between the sounds, the combinations of harmonies, timbres, and words summon vivid and ineffable associations just beyond reach.