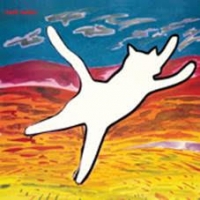 Like a long drag of hashish in the morning when the alarm clock rings in the open air, the synthesis that works in this album is aromatic, hypnotic, luminescent. somewhere between Hispalis and the Catalan Mediterranean.Spanish guitar and flamenco metonymies flourish on this transitional instrumental work that ablutions in flamenco waters, scented with folk-blues salts. This 1973 album is seminal in creating flamenco fusion.The arid but magnetic notes of the first track on the album, 'Sardana Flamenca' delve deeper into the subconscious, which Soler recorded on his own with his Spanish guitar, except the electric pieces where members of the band OM helped out.Reissued on vinyl for the first time. Includes an insert with notes and a rare Toti Soler photo.TRACKLISTSide A1. SARDANA FLAMENCA2. EL GAT BLANC3. TRISTENGE4. GUISELA5. TAJ MAHALSide B1. D'UNA MANERA SILENCIOSA2. BALADA EN SOL3. SEVILLA4. ESTUDI

Minor, Kenneth
On My Own

Fiems, Mike
I Would Dream