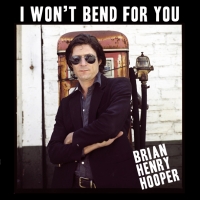 Almost three years after the death of Brian Henry Hooper (The Beasts of Bourbon), we find this new posthumous album that he recorded at the end of his days with the collaboration of friends of the stature of:Kim Salmon (The Beasts of Bourbon, Scientists, Surrealists, SALMON.)Spencer P. Jones (The Beasts of Bourbon, The Johnnys, The Green Mist, The Butcher Shop, etc)Mick Harvey (Nick Cave and the Bad Seeds, The Birthday Party, The Wallbangers.),among others.The album goes a step beyond his previous album "What would I know?" revealing a final period in the musical and personal evolution of the artist, where the darkest and most intimate melodies intersect, announcing the subsequent outcome, as well as the genius and creativity of the musical musculature of this group of unique musicians of their kind.Open folder edition limited to 500 units, edited courtesy of Ninevah Hooper.

Barlou, Lou And Friends
Another Collection Of Home Recordin