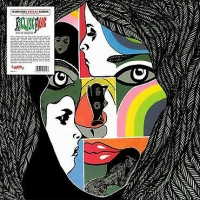 South London blues/rock band Killing Floor was formed in the late 1960s with lead singer and harmonica player Bill Thorndycraft, guitarist Mike Clarke, bassist Stuart McDonald,pianist Lou Martin and percussionist Bas Smith, with Muddy Waters their foremost inspiration. After an eponymous debut album produced by former music writer John Edward,issued by the independent Spark label (and licensed to Sire in the US), Killing Floor was signed by Larry Page, who placed follow-up LP Out Of Uranus on Penny Farthing, againwith Edward in the producer's chair. In contrast to the debut LP, Out Of Uranus had heavy acid rock and psychedelic leanings, as heard on the anti-religion title track and songs like"Acid Bean," though "Where Nobody Ever Goes" was more in standard blues-rock mode. As was the case with several other Page projects from the period, poor album sales made therelease a true rarity, its scarcity keeping it in high demand today. Limited RSD press with original artwork in gatefold sleeve, licensed by original rights owner Larry Page Productions.TRACKLISTOut Of Uranus Soon There Will Be Everything Acid BeanWhere Nobody Ever Goes Sun Keeps Shining Call For The Politicians Fido CastrolLost Alone Son Of Wet