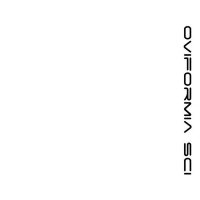 "Recuerdos Que Olvidé" collection. White Vinyl. Numbered Limited Edition. Includes a free digital MP3 download .Memory is a strange and magical thing. While time hides small wonders in the most inscrutable corners, memory, like an surprise spark that ignites when you least expect it, sets off a series of memories that help us to better understand ourselves, to enjoy more what we were, and, therefore, what we are. This is the story of OVIFORMIA SCI. They were a cult group that got together in the early eighties and became something that all of Madrid was talking about, with a fan base that included ALASKA Y LOS PEGAMOIDES, ZOMBIES, PARAISO (Fernando Márquez himself asked if he could join the band, though it ultimately never happened), and so many more, and who never released anything. Their recordings were lost for years, but Elefant Records, with the invaluable help of Jesús Ordovás and the forces from beyond, was able to rescue some original reels and put together the scattered pieces to release OVIFORMIA SCI's first album, thirty years after their disappearance. This is, without a doubt, a really special and even imperative release for our "Recuerdos Que Olvidé" collection.TRACKLIST: 01 Hablamos De Nosotros (1981) 02 Mi Teletipo (1981) 03 Una Nota Di Bianco (1981) 04 La Luna La Nuit (1981) 05 Fashion Magazines (1981) 06 Touche 81 (1981) 07 Mao's Children (1981) 08 No Comments (1982) 09 Fashion Magazines (Test Vocal Mix) (1981) 10 Mi Teletipo (Featuring Clic) (1982) Extra Digital Tracks: 11 Fashion Magazines (Instrumental) (1981) 12 Fotografía (Live 1982) 13 Buscar Razones (Live 1982) 14 Metal Plastique (Live 1982) 15 Su Voz (Live 1982) 16 Magazines (Live 1982) 17 No Comments (Instrumental) (1982)