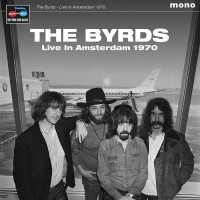 Back in stock! The version of the Byrds that played Amsterdam's prestigious Concertgebouw in July 1970 was very different to previous incarnations. The Skip Battin & Gene Parsons rhythm section was tight and allowed the guitars of Roger McGunn and Clarence White room to roam, most noticeably on an extended Eight Miles High. Thoroughly road/hardened, the band played material from throughout their entire career and threw in some previously unreleased cover versions as well. Radio VPRO broadcast the gig, the twelve tracks presented here have been chosen to complement the live portion of the Untitled LP. Full credits and sleeve notes are provided. Side One> 1. Baby What You Want Me To Do 2. Willin' 3. Black Mountain Rag 4. Buckaroo&Nashville West 5. You Don't Miss Your Water 6. Chestnut Mare 7. Chimes Of Freedom Side Two> Medley consisting of 1. Turn! Turn! Turn! 2. Mr Tambourine Man 3. Eight Miles High 4. Hold It

Dion
Born To Be With You