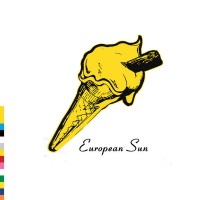 Formed by two stalwarts of the British indie scene in Rob Pursey and Amelia Fletcher, European Sun release their self-titled debut album. Informed strongly by C86, paisley underground and twee pop - unsurprising, since Pursey and Fletcher's work together dates back to their time in Talulah Gosh - European Sun is strictly about classic sounds and themes.

Fort Not
The Club Is Open