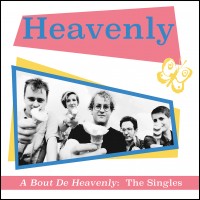 Active in the early Nineties and signed to the legendary Sarah Records and K Records, jangle-pop band Heavenly emerged from the ashes of key C86 movers Talulah Gosh and were active until the tragic suicide of drummer Mathew Fletcher. On 'A Bout De Heavenly', all of the band's glorious singles have been gathered up.