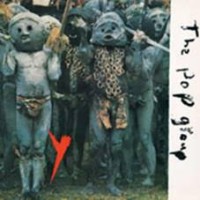 'Y' by The Pop Group was their debut album, originally released in 1979. The post-punk band from Bristol were seen as pioneers of the genre. They mixed jazz, reggae and dub influences with punk to create something quite original. The band claim they were trying to mix Funkadelic with Captain Beefheart to see what happened.