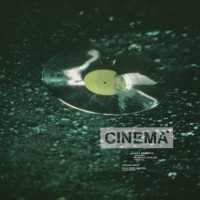 Cinema was an experimental and avant-garde piece released in early 1985. In many ways it's an example of the new Brazil that was reborning after 21 years of darkness under Military Dictatorship. Musically, it was a pioneer album for Brazilian music, mixing acoustic and synthetic sounds.The track "Sem Teto" was included in Outro Tempo (Electronic and Contemporary Music from Brazil 1978-1992), compilation by DJ John Gomez released by the Dutch label Music From Memory.This rare adventure in Brazilian music was released independently in 1985, financed by the artists themselves. The original small press sold-out, belonging now to record collectors around the planet. For the first time Cinema is re-released on vinyl, with two extra and unreleased tracks found after decades.Remastered from the original tapes, this reissue includes reproduction of the original art, by Waltércio Caldas and Miguel Rio Branco, an eight pages color booklet full of photos, images and new testimonials from the four members of the project and a long article signed by Bento Araujo, author of the book series Lindo Sonho Delirante, which investigates audacious and fearless music created in the Brazilian underground.TRACKLISTSIDE A A1. Falando AltoA2. No Dia Em Que Partiram A3. A Lua, As Estrelas A4. Nao Imagino A5. Lá Dentro A6. Peixe Pedra A7. Amor PlatônicoA8. Conversa (bonus track) SIDE BB1. Intervalo B2. Ciência B3. Ar de Amor B4. Sem Teto B5. O Poeta B6. SP5 4R (Base) B7. Pallazo Uno (Bonus Track)