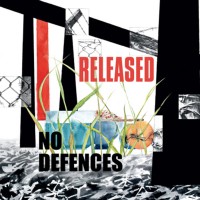 Recorded in 1985 for Crass Records but never released, Demo Tapes do the decent thing and release this five track lost album by five piece band No Defences. The album was recorded at Southern Studios with Pete Wright producing, but it was never completed. This album has been painstakingly put together and remastered from tapes taken from the studio at the time. Their sound was anything but anarcho punk / it had a strong tribal element in the rhythm section, post punk flourishes in the guitar work and lyrics that were poetic, individual and radical.

Looters, The
The Looters