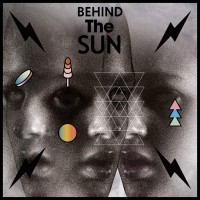 Repress in limited Etched/Grey Vinyl!!!! For their previous album "Still Life With Eggplant" they assembled some 20 songs of what Bent Sæther called "other music", simply songs from the last three years that didn't suit the operatic Unicorn behemot, but refused to be ignored. For most of the recording sessions the core trio was augmented by guitarist Reine Fiske. Best known for his work in Swedish psych-combos Dungen and The Amazing, Reine is an old acquaintance of the band, and his recent exploits with Ståle Storlokken's Elephant9 had made the pairing seem like a potentially interesting one for Motorpsycho as well. So well, in fact, that he tagged along for most live shows as well as the recording of the new magnum opus "Behind The Sun". With nine tracks clocking in at just over an hour, the album also brings the "Hell, Part 1-3" from "Still Life With Eggplant" to a conclusion (?) with "Hell, Part 4-6" and the closing track "Hell, Part 7".And as with "Still Life With Eggplant" the recording was done in Brygga Studio in their hometown of Trondheim where they had recorded a few of their first albums ("Soothe", "Demon Box" and "Timothy's Monster") some twenty years ago. Guests this time, in addition to Reine Fiske, is Ole Henrik Moe on viola and saw and Kari Ronnekleiv on violin.