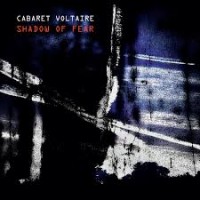 'Shadow of Fear' is the first album by Cabaret Voltaire since 1994's 'The Conversation'- that's a whopping 26 years ago. Sheffield's pioneering industrial electronic band are now the sole enterprise of Richard H. Kirk with Stephen Mallinder having left after their last album. The record is unmistakably Cabaret Voltaire with its mix of house, dub, techno and German electronic music of the 1970s weaving through the grooves.

Barnett, Alex
Chew From The Mind